The War of the World: Twentieth-Century Conflict and the Descent of the West

The 10th anniversary edition, with new chapters on the crash, Chimerica, and cryptocurrency In this updated edition, Niall Ferguson brings his classic financial history of the world up to the present day, tackling the populist backlash that followed the crisis, the descent of "Chimerica" into a trade war, and the advent of cryptocurrencies, such as Bitcoin, with his signature clarity and expert lens. The Ascent of Money reveals finance as the backbone of history, casting a new light on familiar events: the Renaissance enabled by Italian foreign exchange dealers, the French Revolution traced back to a stock market bubble, the crisis traced from America's bankruptcy capital, Memphis, to China's boomtown, Chongqing.

We may resent the plutocrats of Wall Street but, as Ferguson argues, the evolution of finance has rivaled the importance of any technological innovation in the rise of civilization. Indeed, to study the ascent and descent of money is to study the rise and fall of Western power itself.

The instant New York Times bestseller. A brilliant recasting of the turning points in world history, including the one we're living through, as a collision between old power hierarchies and new social networks. In pages you will have restocked your mind. Do it.


It's about states, armies and corporations. It's about orders from on high. Even history "from below" is often about trade unions and workers' parties.

But what if that's simply because hierarchical institutions create the archives that historians rely on? What if we are missing the informal, less well documented social networks that are the true sources of power and drivers of change? The 21st century has been hailed as the Age of Networks. However, in The Square and the Tower, Niall Ferguson argues that networks have always been with us, from the structure of the brain to the food chain, from the family tree to freemasonry.

The War of the World: Twentieth-Century Conflict and the Descent of the West

Throughout history, hierarchies housed in high towers have claimed to rule, but often real power has resided in the networks in the town square below. For it is networks that tend to innovate. And it is through networks that revolutionary ideas can contagiously spread. Just because conspiracy theorists like to fantasize about such networks doesn't mean they are not real. From the cults of ancient Rome to the dynasties of the Renaissance, from the founding fathers to Facebook, The Square and the Tower tells the story of the rise, fall and rise of networks, and shows how network theory--concepts such as clustering, degrees of separation, weak ties, contagions and phase transitions--can transform our understanding of both the past and the present.

And it offers a bold prediction about which hierarchies will withstand this latest wave of network disruption--and which will be toppled. Reviews Review Policy.

5 editions of this work


Content Protection. Learn More. Flag as inappropriate. It syncs automatically with your account and allows you to read online or offline wherever you are.

The War of the World: Twentieth Century Conflict and the Descent of the West

Niall Ferguson mostly brackets or discounts the above, comprehensive explanations: at best they propose necessary but not sufficient conditions. 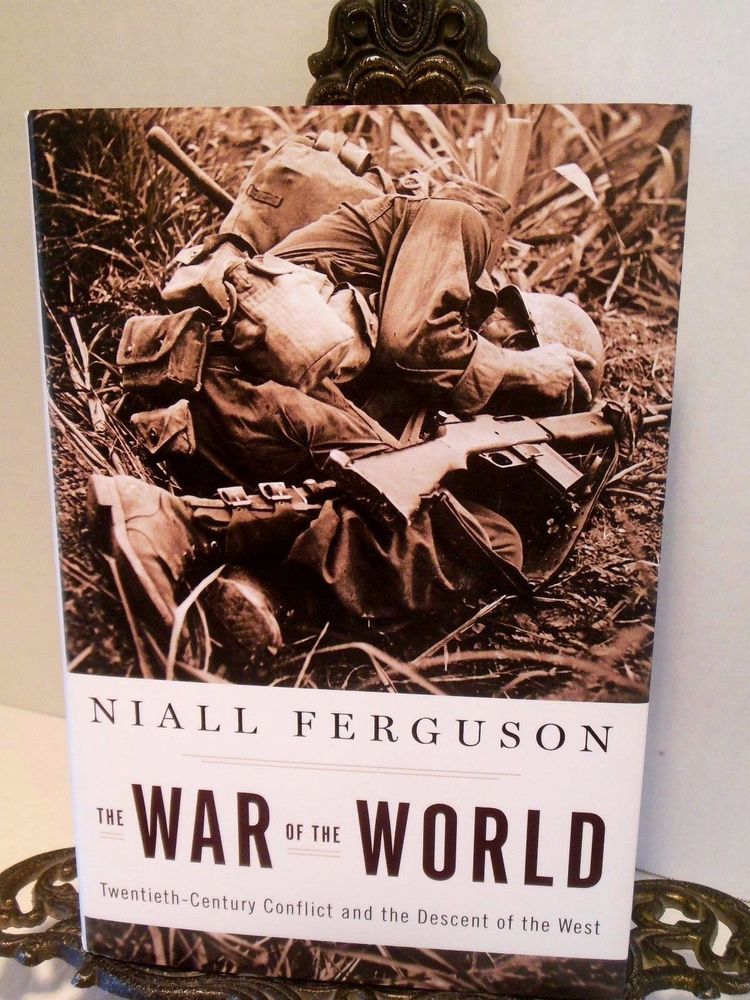 Given whatever innate tendencies humans have toward aggression and domination, whatever incapacity to endure cosmic disenchantment and social anomie, under what circumstances are these most likely to issue in mass violence? These may be summarized as ethnic conflict, economic volatility, and empires in decline.

By ethnic conflict I mean major discontinuities in the social relations between certain ethnic groups, specifically the breakdown of sometimes quite far-advanced processes of assimilation. By economic volatility I mean the frequency and amplitude of changes in the rate of economic growth, prices, interest rates, and employment, with all the associated stresses and strains.

The ethnic conflicts of the twentieth century followed the remarkable ethnic intermingling of earlier centuries. Communities of Germans were all over the map.

The War of the World — Episode Six: The Descent of the West

These groups had long coexisted more or less peaceably in one or another empire: eg, the Holy Roman, Russian, Austro-Hungarian, and Ottoman. But the nineteenth century saw the formation of many nation-states; and the two world wars completed the process, destroying, in addition to those continental empires, the Dutch, British, and Japanese maritime empires. Borders were more numerous and contested in a world made up of many nation-states rather than a few empires. The nineteenth and early twentieth centuries were also the heyday of racial ideology.

Paradoxically, this may have been, Ferguson suggests, because the legitimacy of inherited privilege was under attack in politics and economics.

- Document - The War of the World: Twentieth Century Conflict and the Descent of the West

Another ingredient in the tinderbox was economic change. The First World War had badly damaged the economies of most European states, causing a level of volatility from to nearly twice as great as in the thirty-year periods before and after. In the resulting crisis atmosphere, resentment of minorities especially disproportionately successful ones was easier to arouse and organize, and persuasive demagogues were more likely to gain emergency powers.

His range — economic, demographic, and medical statistics, diplomatic and military history, novels, memoirs, journalism, travel writing, pamphlets, letters, sectarian tracts — is staggering; his sense for the compelling detail is unerring; his ability to keep masses of material in motion at high velocities is unflagging; his dialectical agility in rapidly canvassing all sides of an argument on his way to a conclusion is bracing. Javascript is not enabled in your browser.

Enabling JavaScript in your browser will allow you to experience all the features of our site. Learn how to enable JavaScript on your browser. Niall Fergusson's most important book to date-a revolutionary reinterpretation of the modern era that resolves its central paradox: why unprecedented progress coincided with unprecedented violence and why the seeming triumph of the West bore the seeds of its undoing. From the conflicts that presaged the First World War to the aftershocks of the cold war, the twentieth century was by far the bloodiest in all of human history.

How can we explain the astonishing scale and intensity of its violence when, thanks to the advances of science and economics, most people were better off than ever before-eating better, growing taller, and living longer? Wherever one looked, the world in offered the happy prospect of ever-greater interconnection. Why, then, did global progress descend into internecine war and genocide? Drawing on a pioneering combination of history, economics, and evolutionary theory, Niall Ferguson-one of Time magazine's " Most Influential People"-masterfully examines what he calls the age of hatred and sets out to explain what went wrong with modernity.